Warning: "continue" targeting switch is equivalent to "break". Did you mean to use "continue 2"? in /var/git/kienmlee.com/htdocs/wordpress/wp-includes/pomo/plural-forms.php on line 210
 Pivot Your Impending Failure Into “Accidental Genius” | Kien M. Lee

Administered 3 times a day during a trial, the drug had a side effect, causing erections in the male subjects.

With that and in not so many words, Viagra was born. 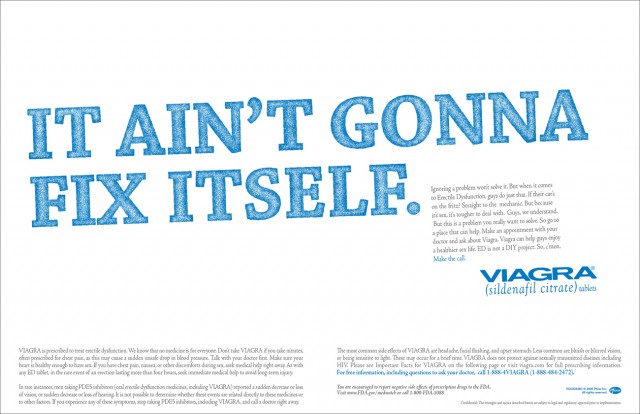 How This Applies to the Entrepreneur

Are you working on something that hasn’t seen the success you’d like it to have? Are you focused on the platform while missing the potential of one of your features?

Oftentimes, as founders of startups, we are so fixated on the vision of what we want to achieve, as we should, that we fail to realize when we have accidentally stumbled upon “genius”.

There are many of such “accidental genius” creations in human history, ranging from the mechanical clock, which was initially intended to regulate monastic prayers to the phonograph, originally meant to be record phone conversations.

How It Happened to Me

When I initially rolled out SENATUS.NET, my vision was to create a gated online community, with authenticated login required to access private information.

I launched it here in Singapore during 2008/2009, just when the popularity of Facebook finally hit the populace. The comparisons between SENATUS and Facebook were inevitable, even though the business models and the intended use cases were starkly different.

In fact, Facebook was itself also launched as a private network at first, with invitations given only to students of Harvard, then Ivy League schools, and colleges nationwide, before being open to public users. The rest is history

Some of the members who registered on my network were expecting the experience to be the same on Facebook, the number of users to be in the millions, the interactivity including the presence of third party apps (games) to provide similar R&R time.

The reality is that the average user is not going to take the time to understand why your product is different — user behavior is primitive and instinctive — Just look at the number of times people pick something up and start using it without looking at the instruction manual. Or simply just watch an iPhone user try out an Android smartphone.

Not everybody gets a chance to demonstrate their innovation at CES (the famed consumer electronics tradeshow in Las Vegas), nor has the budget to do a press junket for media and tech bloggers (and for them to subsequently explain to readers what you do).

During that particularly “dark” year in 2009, I literally role-played the restaurant owner sitting in my empty eatery, waiting for customers to come through the door, i.e. waiting for members to register on my network. Few did, and on hindsight I knew why: They couldn’t see inside the website (which was the point) and their curiosity wasn’t piqued enough for them to make the effort to register.

From Wilderness to Openness

SENATUS was built on Python/Django, an incredibly powerful content management system, and I had used it to not only add social networking features but also a rather simplistic magazine at the time.

And in that wilderness, I had what I call my ‘Hansel & Gretel’ moment.

The breadcrumbs of content I had left public were in fact what readers were responding to. It was as though through it, they finally understood the premium positioning that I wanted my network to have.

With that moment of Eureka, I poured my resources into fleshing out the magazine component of our website. Our luxury and lifestyle magazine went ‘live’ in 2010, and we quickly went on to win Gold Award in Best Online Magazine at the Asian Digital Media Award, emerging best against entries from media conglomerates from Asia Pacific to the Middle East. In 2012, after a further upgrading effort, we won the Silver Award.

The networking components of my website continue to exist, deployed for registered members but also intelligently used to make our editorial content “come alive”,  allowing interactions with our team of editors, writers and photographers, facilitating discussions that can incorporate multi-media visual resources from across the Internet to create an all-encompassing experience.

That is what I consider the Future of Magazines. You are welcome to take a look here: http://senatus.net/community and request an account if you’d like access. Yahoo, through Melissa Mayer, becomes only the second portal after us, to adopt an in-house newsfeed for its content.

I still believe in my core product — the network — but I have evolved my platform in order to continue doing what I do.

Are you sitting on an “Accidental Genius”? Perhaps it’s time to take stock of the treasures you’ve already unearthed.