Warning: "continue" targeting switch is equivalent to "break". Did you mean to use "continue 2"? in /var/git/kienmlee.com/htdocs/wordpress/wp-includes/pomo/plural-forms.php on line 210
 Lessons from FC Barcelona for the Entrepreneur: Do the Dirty Work | Kien M. Lee

Everyone who plays soccer knows this: FC Barcelona led by World Player of the Year Lionel Messi, is one of the most followed and idolized teams in the modern era. 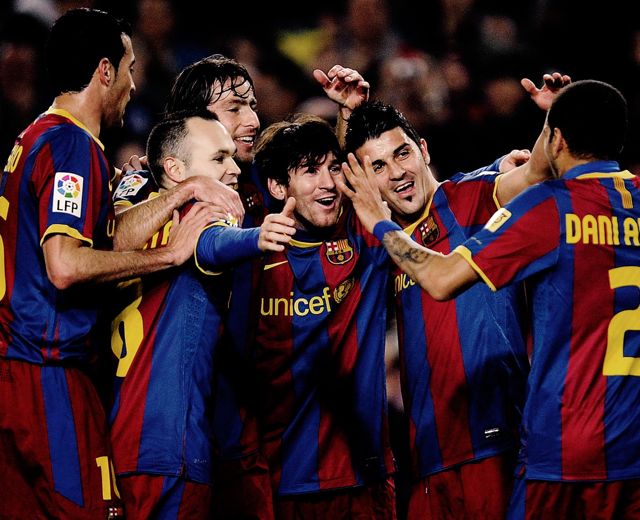 Yet almost all the recreational players who celebrate the successes of the team and watch their games week in and week out, don’t play anywhere like them, don’t apply any of the tiki-taka philosophy to their teamplay, don’t overwhelm their opposition, no matter how individually talented each player is.

I surmise it’s because fans just focus on the glamorous bits of the game, the masterful dribbling, the scoring highlights and the spectacular video bites that engage the short attention span of the viewer.

In many ways, it’s the same malaise that bugs entrepreneurs who decide to start a new venture. They pour through magazine coverage, blog posts, and autobiographies of successful businessmen, unconsciously culling out what the appealing parts are, adopting marketing cliches and punchlines as mottos, and in doing so, inevitably miss the woods for the trees.

In reality, there’s a whole lot of dirty work that FCB players do that brings them success. These critical  components of their games aren’t sexy, don’t make the news, and certainly don’t sell football shoes. High court pressing, passing, self-sacrificing cover runs, supporting teammates and providing a passing option – these are the most boring yet quintessential parts of FCB’s game.

How This Applies to the Entrepreneur

The equivalent lessons for the founder of a startup are pretty straightforward and I shall limit my discourse on digital platforms, where my experience lies — focus on unit testing, user experience and site layout, growth, distribution, hiring, branding, marketing, profitability and most important of all, efficiency of effort.

I’ve observed many founders spending an inordinate amount of time networking, believing that rubbing shoulders with peers in the business, can somehow bring them success but those who oftentimes don’t make (enough) traction are the ones who aren’t efficient about their networking efforts.

Networking isn’t about having a beer with fellow founders, developers, venture capitalists and chit-chatting about why your own startup is great (or going to be) — that’s the kind of conversation you have with a client you want to win business from.

No one’s really listening when you talk about how you just hired 10 into your staff, that you’re getting $5 million funding, when your TV commercial is going to run, or the number of downloads your app has on iTunes.

Let’s face it: Unless you’re selling life insurance policies specifically for entreprenuers, fellow founders aren’t your target market either. Read: The 20 folks you met aren’t going to be the ones who provide that magical catalyst for you. The reality is they’re busy with their own business.

My advice is to leave the seemingly-glamorous parts aside and focus.

A founder needs to be pragmatic about how she spends her time, especially if that’s time spent away from developing the product — Know who your counterpart is, understand what value that person can bring to what you do, explore and hopefully strike up key partnerships that make sense, invest in shared intelligence that can reap you insights into what you’re doing.

The point is simple: Focus on the dirty work | Be efficient with your play.

The author in no way suggests you should be anti-social and calculative with the time you spend with friends and family. But if it’s work, then make sure it pays off .